IT4nextgen > Tech Trends > Call of Duty Mobile: Everything You Need to Know [2021 Review]

Online Multiplayer games like PUBG or Garena Free Fire are now have become a sensation in the mobile gaming industry and it looks like Call of Duty franchise is going to be part of this race very soon. Since its announcement, fans are thrilled and eagerly waiting to play it on their mobile phones. Here’s everything you need to know before you play the game.

The game will be free to play but like any other Battle Royale Game, it will have micro-transactions with it. You will have to purchase cosmetic items, character, animation, skins or other items.

The game will be online multiplayer only. There have been few revelations for multi-player game modes which include: Domination, Hardpoint, Frontline, and Team Deathmatch. We can also speculate that fan-favorite modes like Search & Destroy. Other modes might also get revealed before Hardpoint’s official release.

There will be a battle royale mode as well similar Black-Ops 4 game mode. The Black-Ops was a huge success and has become extremely popular. Call of Duty franchise is hoping the same for the mobile version.

The fan-favorite maps like Nuketown and Crash will also be available in the upcoming version of the game. But we can’t say Call of Duty: Mobile will stick to the same older maps or customized them to give a whole new experience to mobile players. The Battle Royale mode will have a new Black-Ops 4 inspired map. 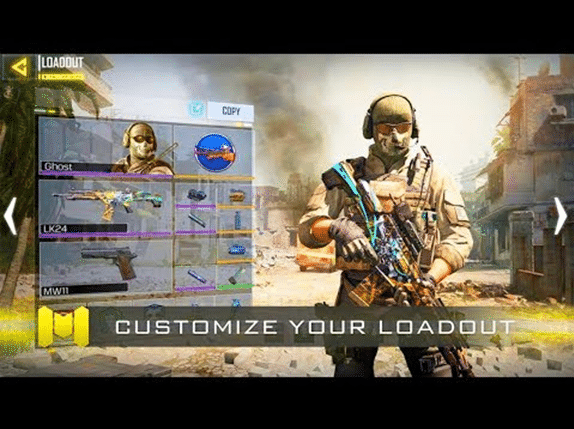 Now here’s a difference that Call of Duty: Mobile will have from other multiplayer mobile games, it’s class-system. Each class will have its own powers, which can be very vital for your team. The whole class system is explained as follows:

Scout: The first one is the Scout who will have massive power to locate the enemies in the area. The player will get sensor darts which will indicate and give an idea of high-risk area. In addition, like PUBG Scouts can track enemy footprints in nearby area. The team can strategize accordingly with this power and gives a step ahead from others.

Clown: Don’t get a wrong idea with its name. In fact, a clown can be a trump card for the team with his huge powers to summon Zombies. It may sound crazy but Yes a clown has this huge power of summoning zombies to his aid. The Clown can use a toy bomb, which summons the zombies who will attack the nearby enemies and give you the time to strategize or escape to a safer position.

Mechanic: A mechanic will have all the necessary and cool equipment with him. He can summon an EMP drone which is capable of cutting all electrical operations of the enemy teams. Apart from EMP, a mechanic will have an ability to get an augmented view of vehicles, traps set up by enemies and other items.

Medic: As the name suggests, this player will have a very important part in the team, he is the healer for every other team member. Additionally, the rate of healing to himself is higher for a Medic as compared to other players.

Is it worth Playing?

As of now, there is no release date confirmed for Call of Duty: Mobile but you can pre-register for the game now.