How to Block a Number on Android with a Phone App

The procedure differs slightly depending on the phone brand and android version but the method explained here will give you the general idea to block a number. Open the phone app, now taps the three dots( …) on the right top corner of the mobile. From the various options displayed, tap on the Block list.

To add a new number to the blocking list, tap on the contact(person) icon. Now add the + sign to either choose a number from saved contacts, enter a new number or choose from recent call logs.

Open recent call logs and select a number from the log list, you want to block. Now again tap on the more settings (…) and tap on add to block list. Doing so will block all the calls from that added number.

Sometimes you do not want to receive calls from some known persons in the contact list and neither you want to let them know that you have blocked them. In that case, you can divert their calls to voice mail. Open by tapping the contact from the list and tap more settings and select the radio button against “Add to Voicemail.”

Block a Number with Android Settings

Open settings from the home screen and tap call settings. Among the list of options, now open block list or reject list (in some phones). Here you can add the contact number you want to block.

Block a Number with Android Apps

Except for a few smartphone manufacturers, almost all others provide inbuilt utility to block unwanted calls. If you are having an Android phone that does not offer any such blocking option, you can download call-blocking apps from the Google Play store. There are many such apps that are free to use and work perfectly to block a number on an Android phone. Some of the apps are 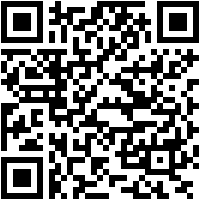 That’s all about blocking unwanted calls on Android phones. If you are using an Android smartphone of Samsung, LG, HTC, or any other brand, these phones might have some different icons to add a number or may use rejected in place of a block but the basic methodology will remain the same as described above to block a number on any Android device.